History of Our Beautiful Building

In 1856 a number of citizens concerned with the insufficiency of existing schools organized the Macungie Institute. A half acre of ground was purchased at the eastern end of Main Street and a two-story brick building was constructed. According to its constitution, the objective of the Institute was "to promote literature and to stimulate a desire among us for the better instruction of youth in the primary and higher branches of learning; to make fruitful the barren minds of gallant sons and daughters of Lehigh." The school motto was "Learn to tell what you know." By 1860, the income of the school was insufficient to meet the expenses, and classes were suspended. In 1862, the property was sold to the borough school district. In 1939 the voters approved the bond issue "to construct, furnish and equip" a new, modern building. Construction began in 1941 and a public open house was held on October 16, 1942. High school classes continued to be graduated by the Macungie School District through 1919. In the 1920's students were sent to Emmaus for their high school education. In 1951, a merger was approved to form a new East Penn Union School District. The Macungie School continued to serve elementary students for nearly four more decades, closing its doors on June 16, 1989, after 133 years of service to the Macungie community. The building was repurchased by the borough in May 2000. 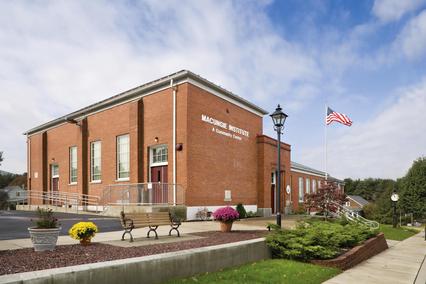 The Macungie Institute Trustees is an advisory board consisting of three members, each serving three-year terms, who are residents of the Borough of Macungie. The Trustees make recommendations to Borough Council on various matters concerning the Institute. If you are interested in more information about the role of the Macungie Institute Trustees or are interested in becoming a Trustee, please feel free to fill out the contact form.